Hundreds of women gathered at the United Nations on Friday for the third-annual Women’s Entrepreneurship Day (WED), which is held to honor and empower women and girls around the world working on becoming their own bosses.

The fact that the highest glass ceiling in America has yet to be breached was not lost on many of the event’s attendees. Some pondered what former Secretary of State Hillary Clinton‘s unexpected loss to President-elect Donald Trump might mean for their burgeoning businesses.
“Trump is kind of a wild card and it remains to be seen what might happen,” said attendee Christa Ventikos, founder of Ventikos Associates, an executive recruitment company. “He is pro-business, which is a good thing, but I also think he will make a lot of changes to this world.” 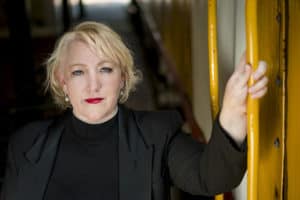 Women entrepreneurs contemplate uncertain futures under Trump. Others, like Laura Gallagher, president of public relations firm The Creative Company in Madison, Wisconsin, acknowledged that this is a “complex time” in American history, adding that she is pro-business and pro-women.

“I read ‘The Art of the Deal’ in 1989 when I started my company, and I was inspired,” Gallagher said. “What will happen, I don’t know, but I know in my way and in my own world I am going to do things to move forward. I will not sit and wait for someone else to solve the problem — I will be the change.”

This year’s WED comes at a time when data shows start-up activity in U.S. grew in 2016, thanks in part to more women launching new businesses. The Kauffman Foundation found that women make up 40.6 percent of new entrepreneurs, the highest level in some 20 years. They are alsomore likely to start businesses as “opportunity entrepreneurs,” meaning that they launch not out of necessity but in order to capitalize on an opportunity.

Despite those promising stats, attendees also acknowledged that many challenges still plague women-founded and women-run ventures. For example, 2014 data from Babson College found that more than 97 percent of venture-funded businesses have male CEOs.

“Access to capital is the biggest hurdle,” Gallagher said. “The majority of women-owned businesses are undercapitalized, and even if we do get a loan, we tend to pay a higher interest rate than men. So capital is the chief problem.”


“Women make up 40.6 percent of new entrepreneurs.” -The Kauffman Foundation

For those grappling with that issue, speaker Ramya Joseph, founder of fin-tech start-up Pefin, said: “Focus on building the idea, getting your product better, and getting acceptance of your product from a broad audience. Once you have buyers or an interested audience, the capital will come.”

The WED event was created by entrepreneur Wendy Diamond, who was inspired by a trip she took in 2014 to Honduras, seeing how opportunities like receiving microloans were able to change women’s lives. The event is celebrated in 144 countries and this year included the launch of ChooseWomen.org, a website that allows consumers to shop from more than 70 retailers that have joined WED, from Bobbi Brown to Cynthia Rowley and more.

A percentage of each purchase helps to fund microloans for women living in poverty around the globe.

“You shop, she thrives,” Diamond said in a release. “This gives us another platform to continue our mission of investing in women’s futures by empowering them financially.”